Hi, I’m Rachel, and this is where I answer some common questions from readers of my blog, about living with both an ileostomy and a urostomy. If you have any questions of your own, please do get in touch and email me at
info@rocking2stomas.co.uk. Those of us with two stomas are often called ‘double baggers’, and I sometimes get asked where this name comes from. This question always makes me laugh, as I had never heard this until I found the online ostomy community. I was quite innocent of the name when I set up my blog, but I soon found myself getting lots of messages from proud double baggers.

" ‘This question always makes me laugh’

The name stuck with me so much that, in June 2017, when I was setting up a Facebook group for people with or expecting to have two stomas (and their families), I decided to call it the Double Baggers’ Ostomy Support Group. A year later, and we have 302 members from all around the world. If you ask me, this is fantastic. I can’t be the only one who has spent many years with the lonely feeling that I was the only person with two stomas, and this group, along with other online communities, helped me overcome this feeling.

After I first got my urostomy, the first thing I asked my stoma care nurse was which stoma I should change first. She advised that if I wanted to change both together, I should always change the urostomy first, then the ileostomy. This decreases the risk of cross-contamination, which has the potential to cause kidney infections.

I have stuck to this advice, and it has worked for me. However, I don’t actually change my stomas together very often. This is because my ileostomy has prolapsed, meaning it sticks out more than it should and unfortunately causes extra problems.

Two stomas together have the potential to get in the way of a good night’s sleep, and a urostomy in particular fills up fast. Therefore, I prefer to sleep with a night drainage system. Not only does this help me sleep through the night, but more importantly, it also means I don’t have to worry about reflux to the kidneys, which can occur if a urostomy bag fills and can cause problems later on.

" ‘I can change them both with little trouble’

My system consists of a 2-litre night bag that I attach to my urostomy via a connector, but other types include night containers, night bottles and U-drain systems. Not all urostomates choose to use a night drainage system, but my consultant stressed that it was crucial to avoid any potential complications in the future. People often expect me to find life with two stomas especially hard, but I don’t feel that way. Before I got my urostomy, I lived with a device called a suprapubic catheter, which was absolute hell. Having my bladder removed and a urostomy created was a huge relief and has really given me far more than my life back.

The pair of them can sometimes be a pain, but I find, if I keep myself organised, I can change them both with little trouble. I have managed to find my own routine and now can’t imagine life without them. It hasn’t always been easy, but I have worked hard on acceptance. Over time, I have found gratitude for my stomas, as I wouldn’t be alive without them. I should also add that having a second stoma has balanced out my tummy and given it a rather pleasing symmetry.

Among ostomates, urostomates are a bit of a minority; globally only  18% of us have a urostomy, compared with the 43% who have a colostomy and 41% with an ileostomy.1 Among the wider public, awareness of stomas is low as it is, and even more so for urostomies. Among health professionals too, it can be assumed that all stomas are to do with poo. However, less common doesn’t mean any less important, and the more people know about urostomies, the easier life will be for us.

There’s a burgeoning movement to try to bridge the gap of understanding. Urostomy advocates have teamed up with stoma appliance companies to highlight this issue. In 2017, I joined 26 other urostomates in baring our stomas for a urostomy awareness poster and spreading the #weebagsunite hashtag on Twitter to show that not all stomas are for poo. We got a good response, and I look forward to spreading the word over the next few years. 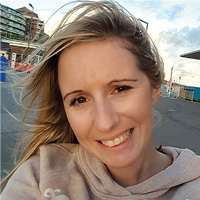